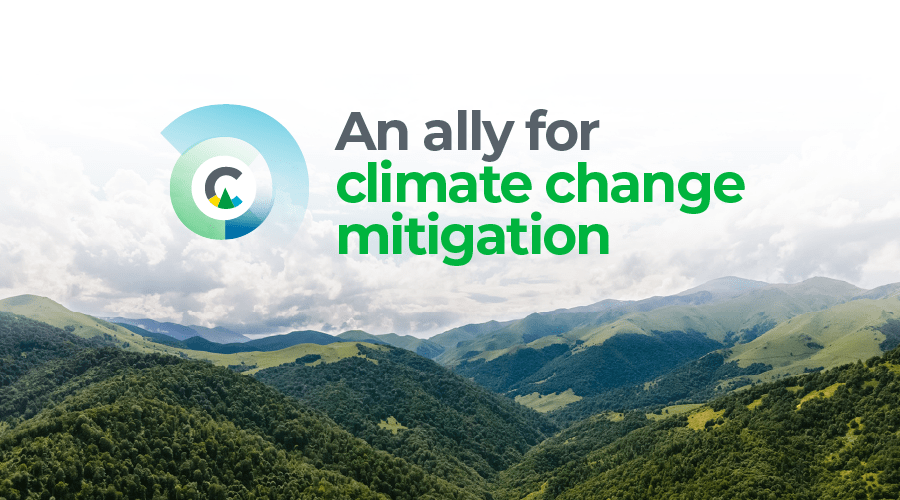 According to the Colombian Ministry of Environment and Sustainable Development, the national carbon tax was created through Law 1819 of 2016, in response to the need to have economic elements that incentivize compliance with the greenhouse gas mitigation goals that the country has established before the United Nations Framework Convention on Climate Change.

The interesting thing about the carbon tax is not only to contribute to reduce fossil fuel consumption that generates greenhouse gas emissions, which can be achieved by reducing emissions in companies, using clean energy or changing the fleet of vehicles for electric vehicles, among other options, but the mechanism of not causing the carbon tax that the Government also regulated and consists in that if a company consumes fossil fuels, but compensates them through carbon credits, it will not have to assume the tax,” says Alvaro Vallejo, our programme director.

In this context, although Colombia was not obliged to implement a mechanism like this, by making the decision and implementing a carbon tax, it became a benchmark for other developing countries; several Latin American countries have studied Colombia’s case in order to establish similar mechanisms.

A proof of the interest generated by the carbon tax and the non-taxation component is that approximately 30% of the attendees to the carbon congresses held in the country are foreigners and another percentage corresponds to the international institutions that are affiliated to ASOCARBONO, the association that brings together the actors involved in the carbon tax in Colombia.

When the carbon tax was created, the need arose to establish a company to certify that a certain entity or natural person had actually contributed to climate change mitigation and complied with the rules established in the regulatory framework to obtain carbon credits. Initially, the only option was to certify it with international companies, even if they were not aligned with the Colombian national context.

“It was at that moment when the opportunity arose to create a certifier of climate change mitigation projects and Cercarbono was born, a company that certifies these projects in the national context of not causing the carbon tax and in the international context of the voluntary carbon market, This company can be used by all types of entities or individuals who have a project that meets the characteristics required by national regulations or seek to generate carbon credits for use abroad”, Vallejo continues, adding that “many of our clients sell their credits abroad because they get a better price”.

To begin with, thanks to their international reputation, they can have access to foreign markets that allow them to sell their carbon credits in other parts of the world. In addition, they can obtain quick responses to their requirements, regardless of the sector to which they belong.

“We have the capacity to provide our services to all sectors, because all human activities generate greenhouse gas emissions in one way or another. In this sense, we attend projects related to land use, such as the conservation of natural forests, reforestation or restoration and agricultural crops; also, projects in the waste, energy and transportation sectors, among others,” explains Vallejo.

The first step to obtain certification from Cercarbono is to register as a client on an independent platform. The next step is the presentation of the project, which is submitted for public consultation to receive comments, questions or suggestions, and finally, validation and verification.

In the words of the Cercarbono programme director, validation is to check that the project is well designed and verification is the verification of the mitigation actually achieved by the project over a period of time. “The validation and verification processes are carried out by independent agencies and after they have issued their concept, we review that concept and make the certification. We do not certify a project, we certify the results of that project in a given period. For example, that a reforestation project obtained 100,000 tons of greenhouse gas removal during 2022,” concludes.

This article was written for El Tiempo Newspaper, read it in Spanish here